Rates Went Up Again! Now What Do I Do? 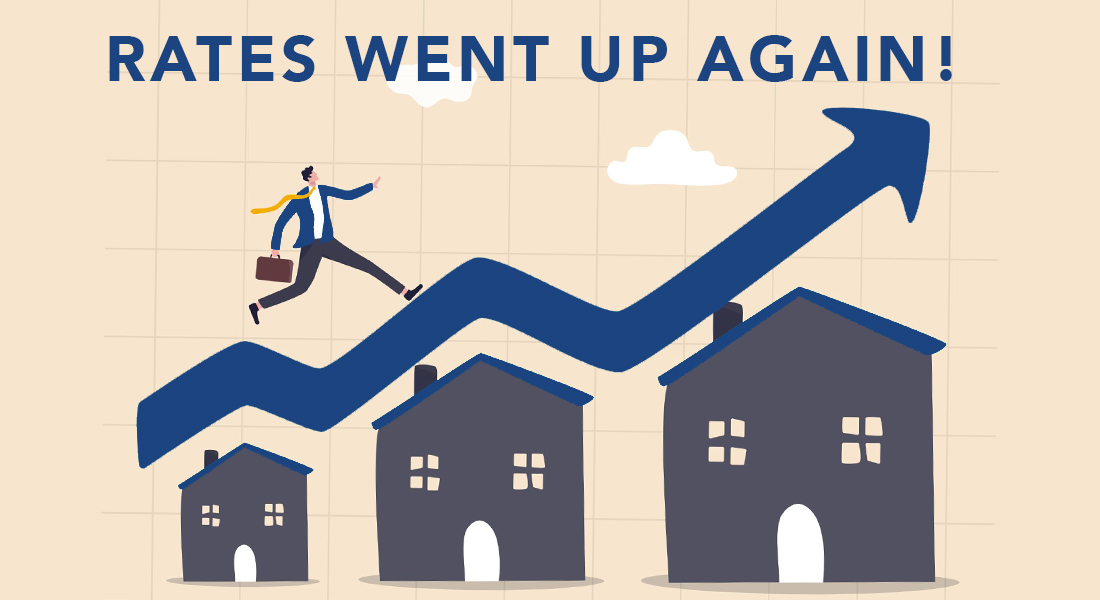 Posted at 16:38h in Interest Rates by The Mortage Expert
3 Likes
Share

I’m finding people just don’t know what to do with choosing a mortgage product after The Bank of Canada raised the prime lending rate by another 1% last week. I’ll try to put some perspective to this and give you some options along with a few tips I’ve learned over the years.

First, Canada and several other countries are showing inflationary numbers that are higher than we have seen since the 80’s.  How high they will go is up for discussion. Many experts feel a recession is coming hot on the heels of inflation or sooner rather than later.

Second, these times of inflation and/or recession generally only last a year and a half or so. This means that this could be a short term issue.

Third, no one really knows what is going to happen.

Based on this info, many mortgage brokers are advising their clients to go with a variable rate mortgage and ride out the storm. This is pretty much my thought too but what I always tell clients that if they don’t have thick skin or they won’t be able to sleep at night if rates continue higher then they should just lock in. The worst thing you can do is panic and lock in when rates go even higher and regret it later if rates come back down.

I think the biggest issue is we don’t know if rates will come back down when the economy stabilizes or if they will stay higher than the rates we have come accustomed to in the past 5 years or so. If they come back down it is a no brainer to go variable. If they stay where they are then maybe fixed is the way to go.

There are a couple strategies that can be used if you go variable. One is to take a variable rate mortgage that has a fixed payment amount. This way the payment doesn’t go up when interest rates rise. The downside is you won’t be paying off your mortgage at the same rate while rates are high. And, if rates went a lot higher and your payment didn’t cover the interest then the bank might come calling to raise your payment amount.

The second is to calculate how much you are saving by going variable and put that money aside every month, as a buffer, in case your payment rises to an amount that puts strain your budget later on. This only works for a limited period of time so if rates didn’t go back down then you could have an issue. Basically when the buffer runs out you have to pay the full payment

Another option is, if you go fixed, you could take a 3 year term instead of 5 years so you aren’t locking in at high rates for as long a period of time.

I think the main considerations in determining what to do are;

Right now, the variable rate is roughly 1.00% lower than fixed. To put that into perspective that amounts to a difference of $220 a month on a $400,000 mortgage. Are you willing to pay that amount every month to guarantee your rate won’t rise or are you willing to gamble on the rates staying the same or going lower and save some money along the way?

I believe that as a mortgage broker I simply gather information for my clients, all the relevant numbers, add in some  perspective and my experiences with other clients over the years to help my clients make the decision that is right for them. You have to be comfortable with your decision. Just doing whatever someone advises is the best option might not necessarily work for you.

If you need any help deciding what might be the best choice for you, feel free to reach out.